Throw Me in the River 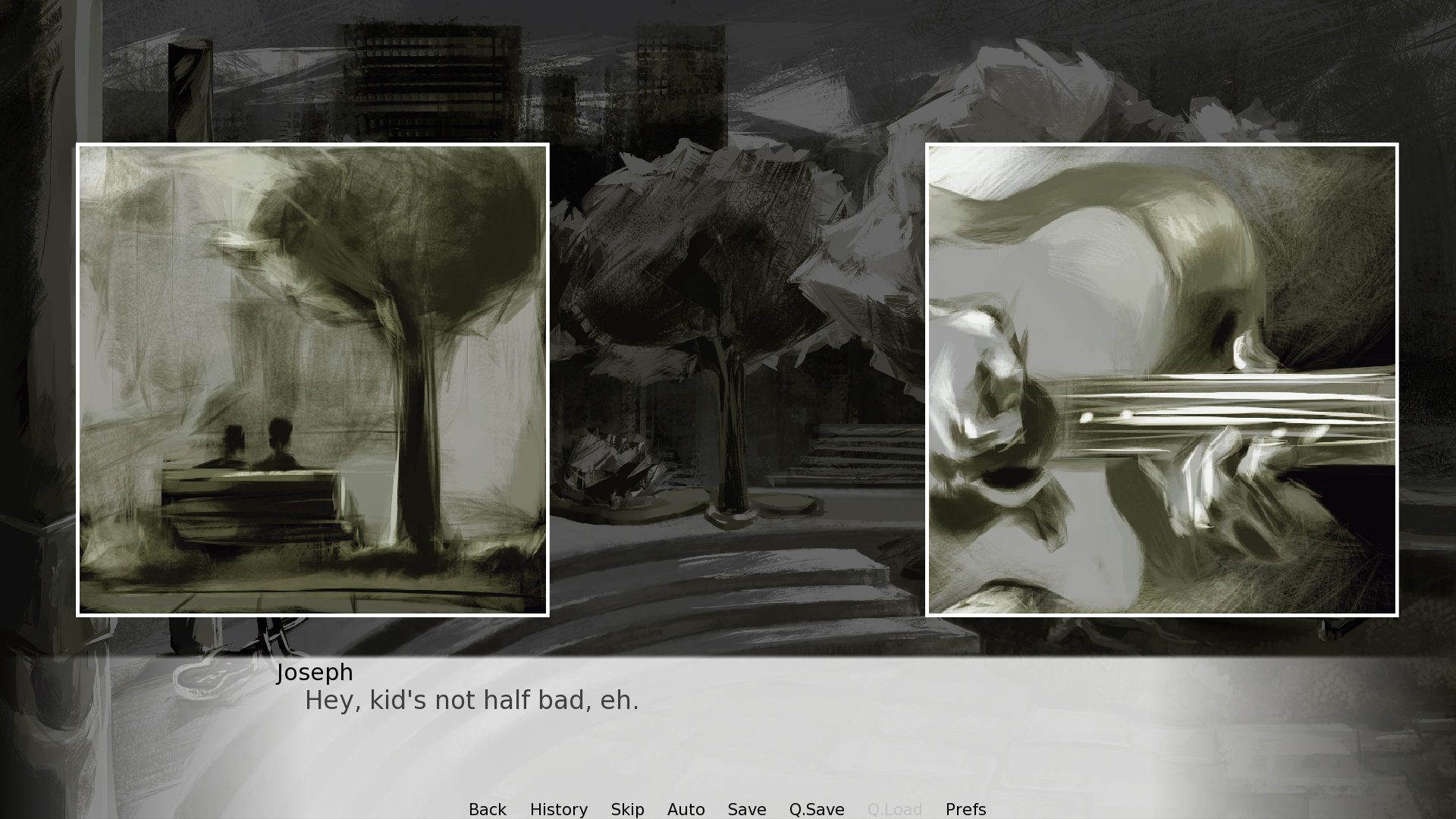 A short form, sci-fi visual novel about a man experiencing his family relationships through a state of compressed time.
In Throw Me in the River, each scene takes place 20 years apart and examines the state of Joseph’s life in Canada at that time through conversations he has with his various family members. 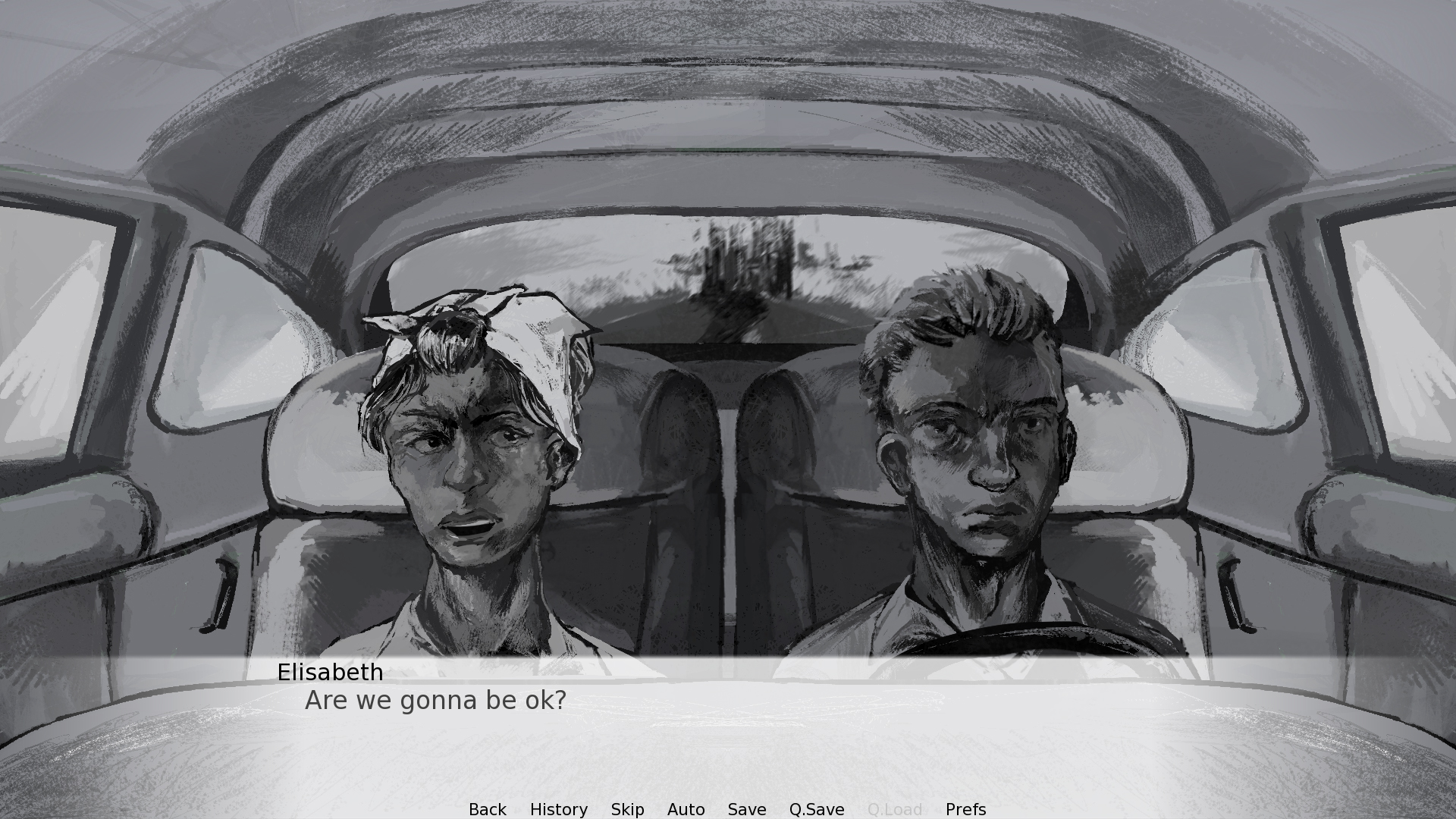 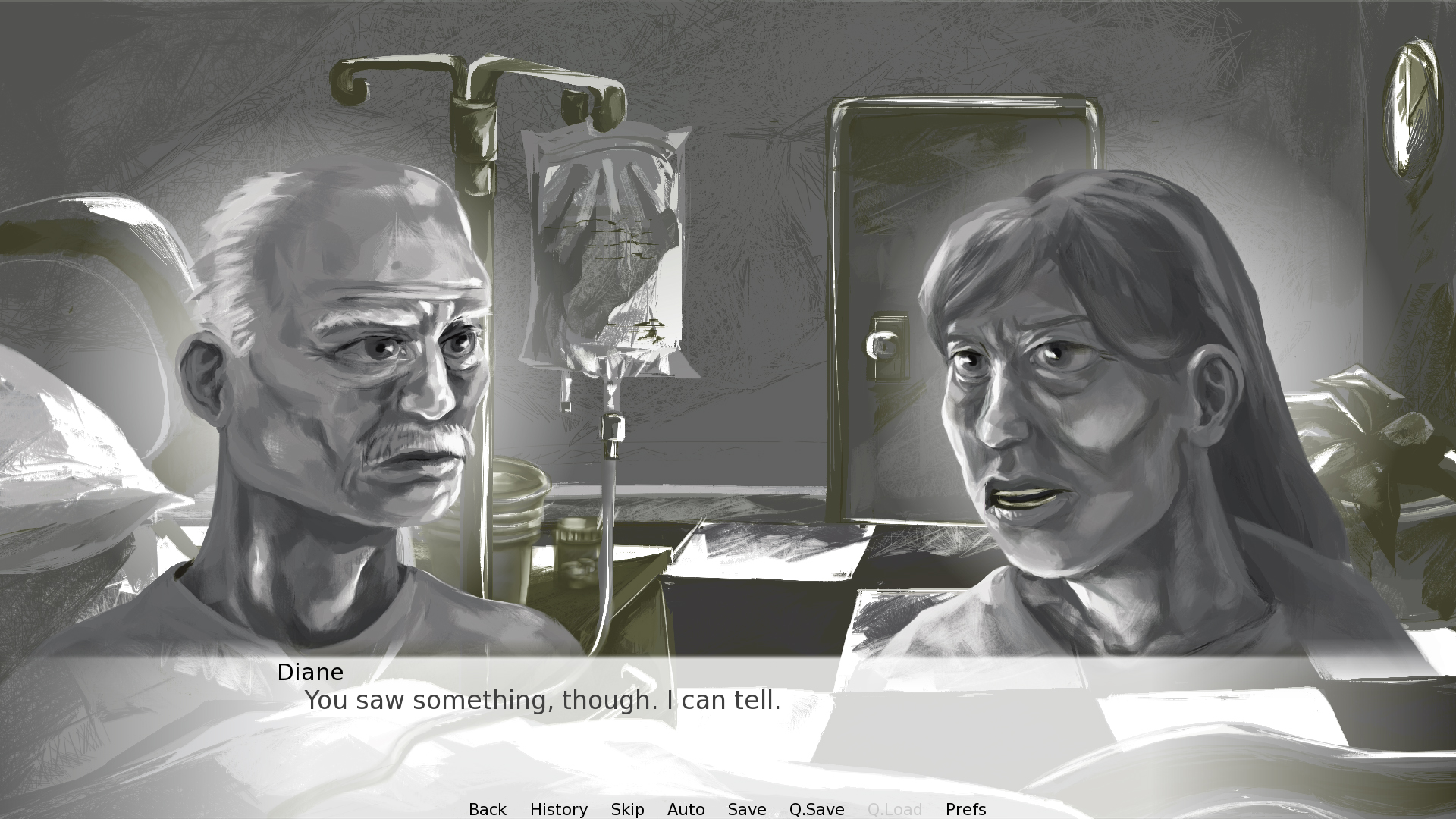